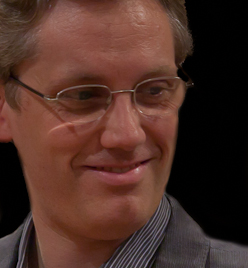 Axel Gremmelspacher performs as a soloist and chamber musician in various settings, especially with violist Julia Rebekka Adler-Mai, and as a member of trio Eusebius.

Prof. Gremmelspacher studied at music schools in Freiburg, Boston and Hannover with Robert Levin, James Avery and David Wilde as well as with John Perry in Toronto, supported by scholarships from the Rotary Foundation and the Canadian Government.

He completed his Soloist Diploma with honours (Freiburg, 2003).

Important inspiration was given to him through master classes with Leon Fleisher, André Laplant, Marc Durand, Wolfram Christ and Jörg Widmann.

He received a scholarship from the German Music Competition and was a member of the Federal Selection of Young Artists Concerts.

Axel Gremmelspacher has been teaching at Musikhochschule Trossingen since 2005. In October 2010, he was appointed Professor of Piano at the Hochschule für Musik und Darstellende Kunst, Frankfurt.