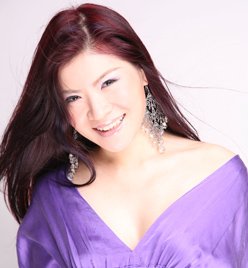 Joyce M. Y. Chan, born in Hong Kong, found her passion in piano at the young age of three.  At the age of eleven her family immigrated to Vancouver.

In Canada, she completed her Bachelor of Arts, major in Psychology and Economics at the University of British Columbia. She received numerous awards from the British Columbia Conservatory of Music Festival, achieved the Associated Performance diploma from the Royal Conservatory of Toronto (ARCT) with honours standing, and Licentiate Performance diploma in piano performance from the Royal School of Music in London (LRSM).

After returning to Hong Kong in 2004, Joyce complemented her studies with a Master Degree of Arts in Music from the Chinese University of Hong Kong, and a DipABRSM in Instrumental Teaching.

In 2000, she formed ‘Trio d’Arbutus’, a piano-six-hands group that won the second prize in the international piano-six-hands competition in Marktoberdorf,Germany and subsequently went on a concert tour to British Columbia, Hong Kong and Taiwan.

Besides teaching, she actively promotes piano ensemble playing and frequently appears in concerts, recently including a piano-ensemble charity concert for BC Children’s Hospital and Lang Lang International Music Foundation in April 2009 in Vancouver.

Currently she is active as a private piano teacher, accompanist, piano-ensemble pianist and adjudicator for several piano competitions in Hong Kong.